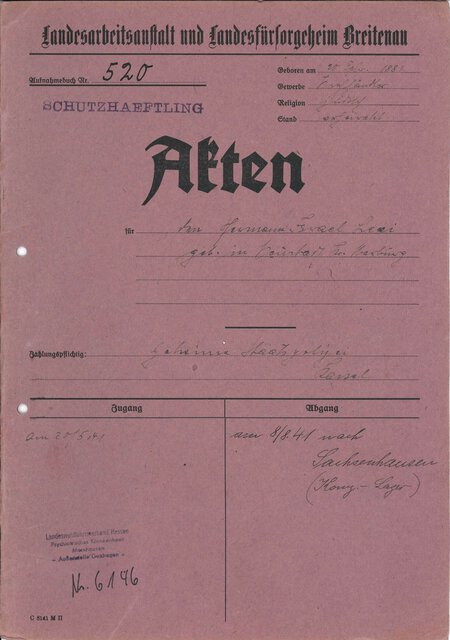 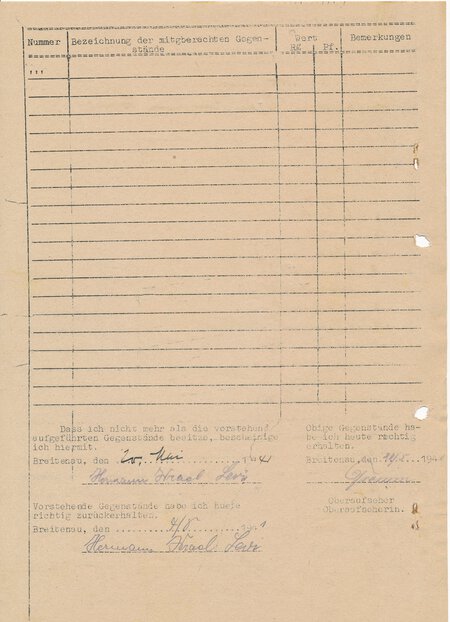 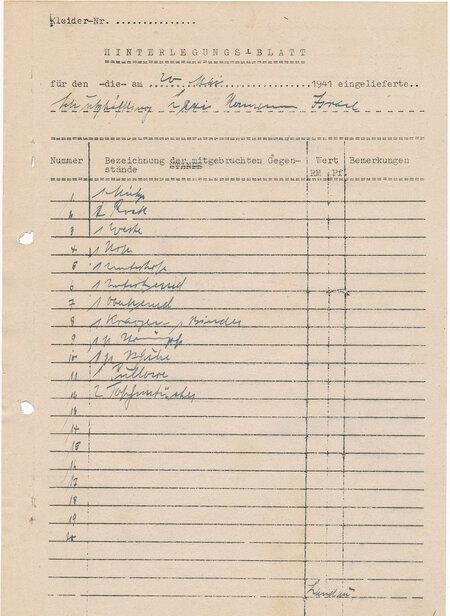 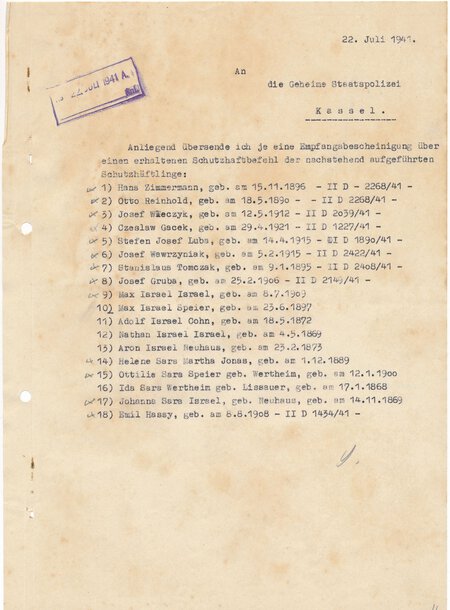 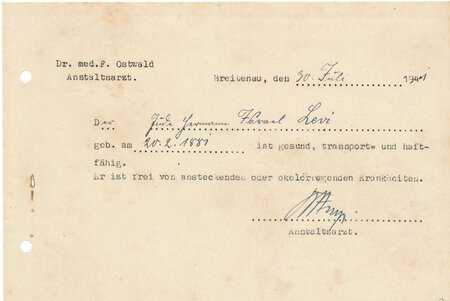 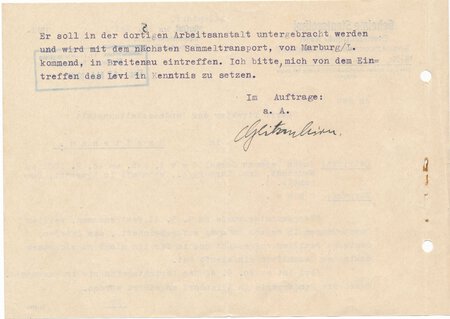 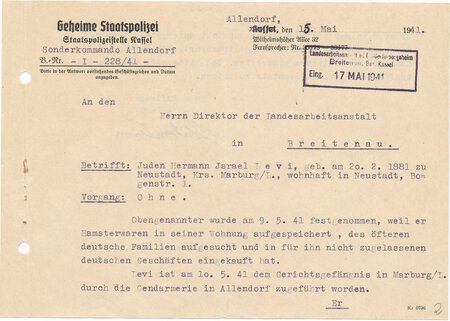 As Levi had "hoarded goods in his apartment, visited German families often and frequented German shops to which he was not admissible", he was arrested on 9 May 1941 and transferred to the prison in Marburg on the Lahn River. Subsequently, Hermann Levi was placed in the Breitenau work education camp (Arbeitserziehungslager) from 20 May to 8 August 1941. From there he was taken to the Sachsenhausen concentration camp where he died on 27 August 1942.